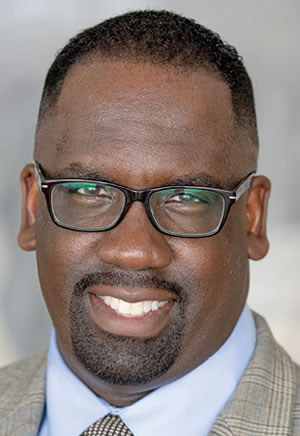 Ingram has headed the Florida Education Association — the state’s largest union — since 2018. The FEA has more than 145,000 members, including public school teachers and higher-education employees, students preparing to be teachers and education retirees. Last year, Ingram launched FEA’s “Fund Our Future” campaign to raise awareness about the needs of public education and urge state lawmakers to increase funding for public schools. “What public education will look like over the next several decades is going to be the question of our times,” he says.

Ingram graduated from Miami’s Jackson High School and earned his bachelor’s degree in music education from Bethune-Cookman University. He also has a master’s in educational leadership from Barry University, plays the saxophone and was a music teacher and band director in Miami-Dade schools for 10 years before becoming a union leader. He was elected vice president of FEA in 2015 and president three years later.

“I started off as a music educator, never thinking that I would be in a quasi-political position, serving as an advocate. What’s interesting about that is that my entire life trajectory has prepared me in some form or fashion to do what I do now, and I still retain my love of music and education,” he says. If he hadn’t gone into education, he says, he probably would be a lawyer. “I like speech and debate,” he says. “I like to argue a case and deliver fact patterns that persuade.”

Ingram says he and his wife are strong advocates for historically black colleges and universities. “HBCUs hold a special place in my heart,” he says. “Way back, those were the only opportunities that people of color had for higher education, and I think they are uniquely situated to continue a pipeline of academic success.”

“I started off as a music educator, never thinking that I would be in a quasi-political position as an advocate.”