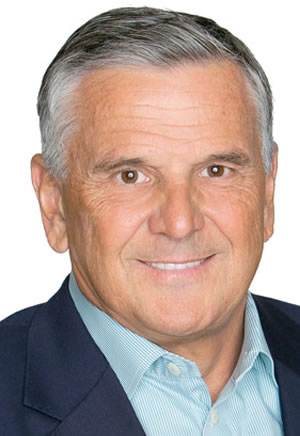 Chartrand, former CEO of Acosta, a sales and marketing firm based in Jacksonville, has become a strong voice for change in public education. He grew up on a farm in Bedford, N.H., graduated from the University of New Hampshire and worked as a substitute teacher before pursuing a career in the consumer products industry. His first job was with Carnation, which brought him to Florida and ultimately to Acosta, which he joined around 1983. Chartrand is credited with growing Acosta into a giant firm with 35,000 associates and 100 offices in the U.S. and Canada. Acosta underwent several ownership changes and reorganized under the Chapter 11 bankruptcy statutes in late 2019. He is no longer affiliated with the firm.

In the course of his career, Chartrand became increasingly involved in public education and a backer of school choice. In 2006, he and his family established the Chartrand Foundation, which provides resources and funding to Jacksonville public schools in lower-income neighborhoods. The foundation was largely responsible for bringing the Teach for America program to the city in 2007. Two years later, he spent $1 million to bring the KIPP charter school chain to Florida. Under former Gov. Rick Scott, he became a member and then chairman of the state Board of Education.