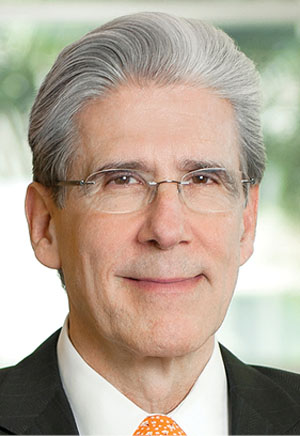 Frenk has a medical degree from the National University of Mexico and a master’s degree in public health and Ph.D. from the University of Michigan. His parents fled Germany for Mexico in the 1930s. His father, he says, “has been my role model as a doctor, my guide. He is incredibly cultured, with a vast amount of knowledge, so I never tire of listening to him. Above all else, he is a good human being.”

Frenk served as Mexico’s Minister of Health from 2000-06, leading reforms in that country’s health system and introducing a program that expanded access to health care for more than 55 million previously uninsured Mexicans. He was the founding director-general of the National Institute of Public Health in Mexico and also served as senior fellow in the global health program of the Bill & Melinda Gates Foundation

Before joining UM in 2015, Frenk was the dean of the Harvard T.H. Chan School of Public Health and the T&G Angelopoulos Professor of Public Health and International Development, a joint appointment with the Harvard Kennedy School of Government. UM, which has 17,000 students in 11 schools and colleges, now has some $300 million in research and sponsored program expenditures annually. It ranks among the top 50 private schools in the country.