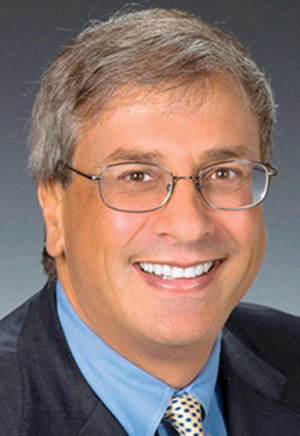 Robo majored in European history at Harvard, where he earned a bachelor’s degree and an MBA. He joined NextEra Energy as vice president of corporate development and strategy in 2002, after working as a management consultant and then serving as president and CEO of a division of GE Capital and a member of that company’s corporate development team. He was named president and CEO in 2012 and became chairman a year later.

Robo has positioned NextEra and its subsidiaries with one foot in renewable power and the other in fossil fuels. One subsidiary, NextEra Energy Partners, is a growth-oriented limited partnership formed to acquire, manage and own contracted clean-energy projects. Rather than building renewables on spec, the company has secured income streams by signing long-term purchasing contracts with big industrial consumers and utilities. Robo has been quoted as saying the company has about 20% of the purchased power agreements in the renewable generation sector. NextEra is one of the largest producers of renewable energy — via wind and solar — in the country. The company has between $50 billion and $55 billion in infrastructure investments planned through 2022.