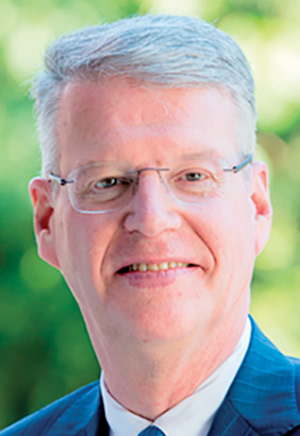 Capital City Bank has served the Tallahassee region for more than 100 years. Smith’s father, Godfrey Smith, was president of the bank for 50 years. Smith joined Capital City in 1978 after graduating from Florida State University with a finance degree; he became president in 1989.

The bank, publicly traded, has grown to some $3 billion in assets and about 60 offices in Florida, Georgia and Alabama. Growth has come both organically and through acquiring First National Bancorp along with select Florida and Georgia offices of First Union, and First National Bank.

Smith attended the Darlington School in Rome, Ga., and received the school’s Distinguished Alumnus Award in 2019.