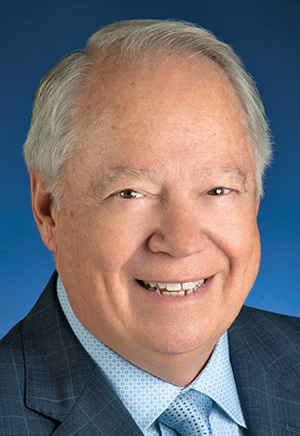 The dynamic duo of Florida banking co-founded First National Bank of Florida and grew it into the largest publicly traded bank holding company in Florida before selling it in 2005 to Fifth Third Bancorp. In 2009, they began replicating their earlier success by co-founding Florida Integrity, the only community bank headquartered in Collier County. It has more than $1.5 billion in assets and about 154 employees. The bank conducts an annual charity golf tournament that raises more than $100,000 each year for locally based organizations.

Richter is a decorated Vietnam veteran with a bachelor’s degree from the University of Pittsburgh who started his banking career as a janitor at Mellon Bank in Pittsburgh. He served in the Florida Legislature in both the House and Senate, where he was chairman of the banking and insurance committee.

Tice, a graduate of Youngstown State University, is a fan of music from the 1950s and 1960s. He has been a director of both the American Bankers Association and Florida Bankers Association. First Florida, Tice says, was founded “on the Golden Rule, which is why our holding company is named TGR Financial.”