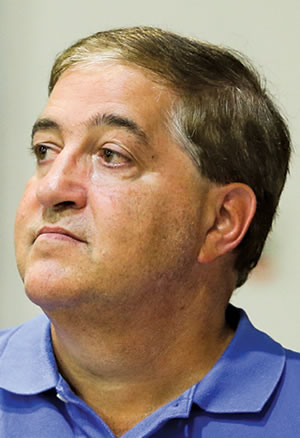 Vinik is an investing legend who once ran the $50-billion Fidelity Magellan Fund before starting his own hedge fund. Since moving to Tampa, he’s established himself as a dominant player in the city’s civic and political life. Through his development firm Strategic Property Partners — a joint venture between Vinik and Microsoft founder Bill Gates’ Cascades Investment — Vinik is presiding over the Water Street Tampa project, a $3-billion, 60-acre redevelopment around Amalie Arena meant to give Tampa a vibrant downtown. The project, which envisions 9 million square feet of residential, commercial and institutional space and 3,500 condos and apartments, is one of the largest development projects in the country. The first phase alone has 1.1 million square feet of office space, 300,00 square feet of retail and 1,300 residential units, and began coming online last year.

Meanwhile, Vinik has had a successful run as owner of the National Hockey League’s Tampa Bay Lightning, which he has transformed from an also-ran into the league’s model franchise. He also has become a major figure in Tampa Bay politics. He was the largest donor to new Tampa Mayor Jane Castor’s campaign, contributing nearly $200,000, and he was among a group of local investors who loaned $12 million in 2017 to Times Publishing, the parent company of the Tampa Bay Times and Florida Trend.