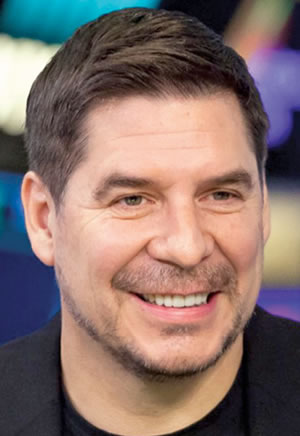 Since 2018, Claure has been COO of SoftBank Group and CEO of SoftBank Group International while also transitioning to executive chairman of Sprint. He’s also part of the ownership group of Miami Beckham United, which is bringing Major League Soccer to Miami and is fronted by international soccer star David Beckham. Claure also is chairman of a Bolivian soccer team, Club Bolivar. He has been named a Young Global Leader by the World Economic Forum and has served as chairman of U.S. wireless industry association CTIA.

An immigrant from Bolivia, Claure attended Bentley University in Massachusetts. In 1997, he founded Brightstar in Miami as a wireless distributor and grew the company into the largest wireless distribution and services company in the world and the largest Hispanic-owned business in U.S. history. He became CEO of Sprint when Japanese venture group SoftBank purchased majority control of Brightstar (SoftBank also controlled Sprint), growing revenue and customer numbers and reinvigorating the brand during his four years in that role.