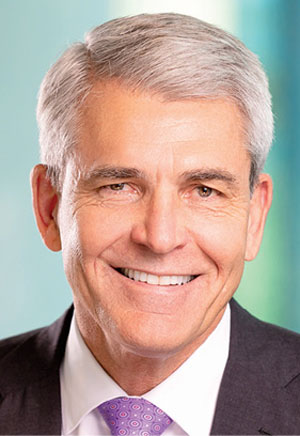 Reilly describes Raymond James as “a financial advice firm” — one with more than 14,000 employees and 4,710 affiliated independent contractor financial advisers. He has an extensive background in finance, founding and selling a consulting firm to KPMG. He later worked for Korn/Ferry, which he joined in 2001, the year the tech bubble burst, and then moved to Raymond James as president and CEO-designate in 2009. He had served on the firm’s board of directors since 2006. In 2010, he succeeded Tom James as chairman, who is an active player in the area’s civic and philanthropic life.

Reilly — who once aspired to be a physician — has a bachelor’s degree and MBA from the University of Notre Dame and remains active with the school, serving on the Mendoza Graduate Alumni Board and the Business Advisory Council.

His favorite part of being a leader? “In many cases,” he says, “leadership is about getting other people to lead. It’s removing roadblocks and enabling people to develop professionally and do what they do best.”