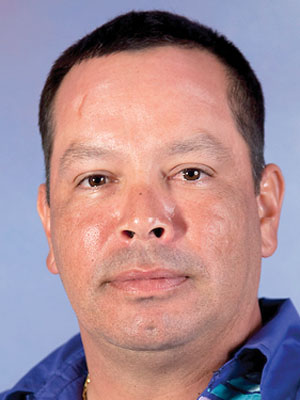 The Seminole Tribe, one of the most prosperous Native American tribes, owns Hard Rock International, which has 185 cafes, 27 hotels and 12 casinos. Osceola, a longtime tribal leader, is the grandson of Bill Osceola, the tribe’s first chairman, who was leader from 1957 to 1967. The tribe received federal status as the Seminole Tribe of Florida in 1957.

Osceola ran for a seat on the tribe’s board for the first time in 2003. After three attempts, he was elected to the board, which handles non-gaming tribal business, in 2009. He was elected chairman the first time in a 2016 special election, after then-Chairman James Billie was ousted. Before his election to chairman, Osceola was an entrepreneur who ran several companies, including a limousine company, a lawn service company and a seafood company.

He was elected to a second term in 2019 as chairman of the Seminole Tribe of Florida Tribal Council. “Creating fiscal responsibility and accountability are the cornerstone of my administration,” Osceola said in a 2017 interview with the Seminole Tribune.