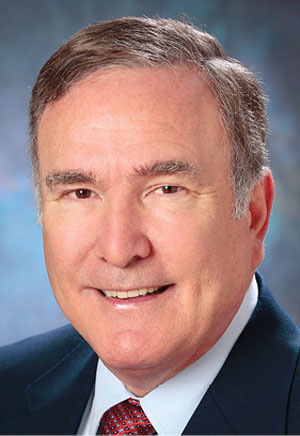 Fain has led the S&P 500 company for more than 30 years, establishing himself and the company as passionate innovators with design innovations and on-board attractions like skydiving, surfing simulators, ice-skating rinks, bumper cars and climbing walls.

Royal Caribbean owns and operates Royal Caribbean International, Celebrity Cruises and has two-thirds ownership of Silversea Cruises. RCL also is part of joint ventures that operate TUI Cruises and Pullmantur Cruceros. The company operates 61 ships and, before the pandemic, was carrying more than 6 million guests a year to ports on all seven continents.

Fain joined Royal Caribbean in 1988 after earning a master’s degree from Wharton School of Business at the University of Pennsylvania. He has a bachelor’s degree from the University of California at Berkeley. Fain’s commitment to ethical leadership has earned him awards from around the world. Fain was on Barron’s list of the world’s 30 best CEOs in 2018 and 2019 for financial growth and creating shareholder value. He received the Federal Maritime Commission’s Earth Day Award in 2014 and membership in the South Florida Business Hall of Fame in 2004.