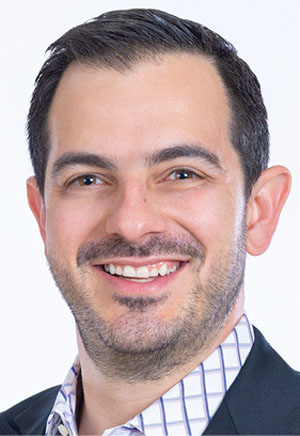 Before starting his own technology company, Mladenovic wanted to become a film producer. “I worked on several productions in Miami before moving to Los Angeles to work for a top talent agency,” he says. “Somehow, I made it back to Miami and ended up starting my business in my kitchen several years later.”

Founded in 2009, Preemo provides managed IT services for medium and small businesses in South Florida, working with about 200 clients in a range of industries, including accounting, health care, real estate, construction and insurance. He also co-founded M Cos., which offered coaching and other services for entrepreneurs, and was managing partner for ECOATS, a supplier of sustainable building and construction materials.

“I think the most important long-term issue facing South Florida is climate change. It may seem gratuitous, but since we’re surrounded by water on all sides, it’s clear that this issue will affect us before most of the United States,” he says. “Scientific data has made it clear that we will feel the impacts within 10 years, so it’s a problem that needs to be addressed head-on.”

Mladenovic, who has a bachelor’s degree in communication from the University of Miami, is actively involved with the United Way of Miami-Dade, co-chairing an initiative called Small Business United that aims to increase the non-profit’s reach among South Florida companies with fewer than 100 employees. He says his favorite part about being a business leader is “helping others grow professionally and personally.” When he’s not working, he enjoys playing pick-up basketball games. “I try to play at least once a week, if not more, and I’ve been playing since high school,” he says. “I’ve found it to be a great workout but also a different form of networking with other professionals.”