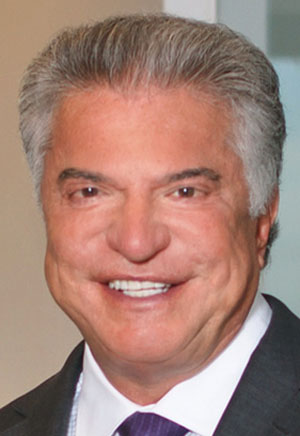 Born in Cuba, Cardenas grew up in Fort Lauderdale. A strong backer of former Gov. Jeb Bush, he served two terms as chairman of the Republican Party of Florida and three terms as its vice chairman.

Cardenas, who married CNN contributor Ana Navarro in 2019, is a longtime influential player in state political circles who has served as an adviser to U.S. presidents. President Ronald Reagan appointed Cardenas to chair the President’s Commission on Small and Minority Business Affairs in 1982 and later as Special Ambassador to St. Kitts-Nevis upon that nation’s independence in 1983. Presidents Reagan and George H. W. Bush appointed Cardenas to the board of directors of the Federal National Mortgage Association from 1985-90. He also served on the President’s Trade Policy Commission.