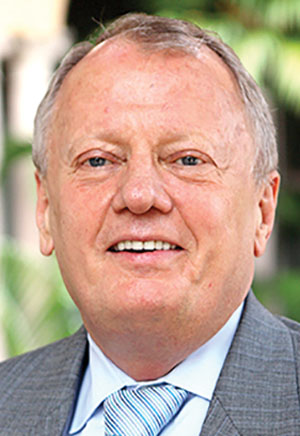 Prescott grew up on a ranch in Idaho and graduated from the University of Idaho. A CPA, he also holds a master’s degree from Carnegie-Mellon University.

As principal shareholder of Seaway Hotels, he oversees one of Miami’s most iconic structures, the 150-acre Biltmore Hotel resort in Coral Gables. The 1926 resort was designated a National Historic Landmark in 1996.

In addition to hotels, the company’s holdings include two refrigerated warehouses in New Jersey and a wholesale travel agency in Chicago.

Before purchasing interests in business ventures, Prescott was a management consultant in the U.S. and in Italy for Olivetti. He also served as an officer and/or director for several publicly owned companies.