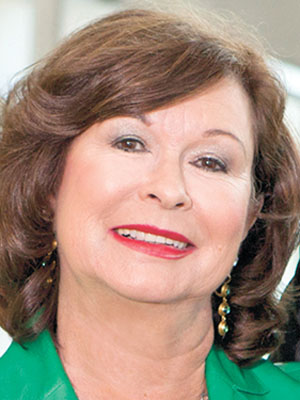 In 1984, Les Muma co-founded Fiserv, a Fortune 500 company that provides technology products and services to more than 17,000 financial institutions worldwide. He served as CEO from 1999 until he retired in 2006.

The Mumas are the largest single donors to the University of South Florida, giving more than $40 million over the years. USF’s business school is called the Muma College of Business, USF Athletics features the Pam and Les Muma Basketball Center, and several other endowed chairs and labs at the school also bear their names. Both are graduates of the university.

Pam Muma is a founding member of the USF Women in Leadership and Philanthropy group and has served on the board of directors for Tampa General Hospital Foundation and the Florida Health Science board.