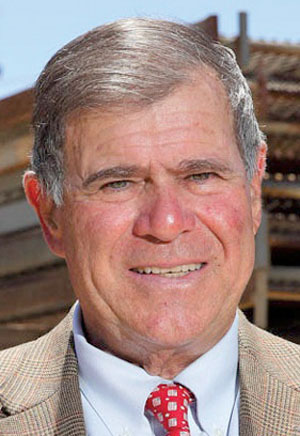 D’Isernia, a reliable fundraiser for Republican candidates and political causes, is involved in ventures ranging from the shipyard to the construction of the Hope Town Inn & Marina in Abaco, Bahamas, and the expansion of the Sandy Creek Airport and Runway in Panama City. D’Isernia is the father of 10 and grandfather to 14. Six of D’Isernia’s sons work at the shipyard; son Joey serves as the firm’s president.

D’Isernia once planned to be a lawyer. After earning a bachelor’s degree from Georgetown University, he graduated from Fordham University’s law school but jettisoned a law career to become a commercial fisherman. He eventually owned four fishing boats, then decided to build his own boats and opened his shipyard in 1976. Eastern Shipbuilding’s vessels attracted customers from other parts of the country, and the company subsequently branched out into other kinds of shipbuilding, constructing offshore supply vessels, tugboats, passenger vessels, ferries, barges and dredges.

In 2016, the U.S. Coast Guard selected Eastern to design and build nine offshore patrol cutters, the initial step toward building 25. Eastern’s part of the contract is worth around $110 million.