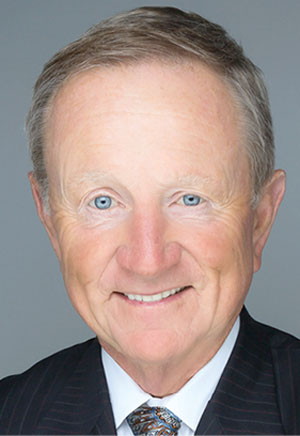 Moss founded Moss & Associates in 2004 with two employees. Today, the 10-office construction firm has more than 600 employees and generates more than $1 billion in annual revenue.

Moss learned about the industry from his father, growing up in North Carolina. He earned a civil construction degree from Central Piedmont Community College in Charlotte. Moss worked for various companies, including Rogers Construction in Nashville, which was acquired by Centex Construction Group in the 1980s. Moss served as Centex chairman and CEO overseeing projects during that time that included 10 Walt Disney World resorts, before he started Moss & Associates with his sons Scott and Chad.

Moss is ranked by Engineering News-Record as one of the nation’s top 100 general contractors, and its employees consistently rank Moss as one of the best places to work. Moss has served on many executive boards and has been honored for his philanthropy.