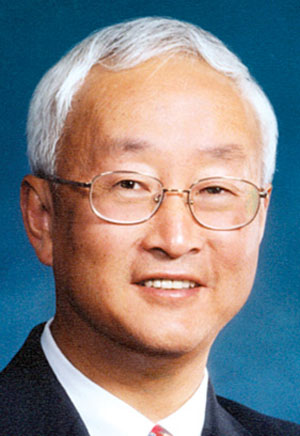 When Chu-Tzu Hsu — who goes by “C.T.” — started C.T. Hsu Associates in 1984, the Orlando architecture firm had zero name recognition and no track record. Three decades later, Hsu’s imprint is on an array of notable projects in Central Florida and beyond. His firm designed the exterior of the Amway Center and partnered with the architecture firm Populous to serve as local architect on Exploria Stadium, home of the Orlando City Soccer Club. In another joint-venture with Populous, C.T. Hsu is providing the architectural and engineering design services for a $605-million expansion of the Orange County Convention Center. As part of that contract, the firm is working on a community impact plan to reduce poverty and educational barriers in nearby neighborhoods “with a focus on opportunities within the architecture, engineering and construction-related fields,” Hsu says.

Other prominent company clients have included the Central Florida Expressway Authority, Orlando International Airport, Universal Orlando, Goodwill Industries and Valencia College. The company — which was named firm of the year in 2006 by the Florida Association of the American Institute of Architects — has also done work in China, South Korea, Saudi Arabia and Singapore.

Born in Taiwan, Hsu earned a bachelor’s of architecture diploma in urban planning from Tung-Hai University. He moved to the United States in 1974 to pursue a master’s from the Massachusetts Institute of Technology. He is a fellow in the American Institute of Architects and was named 2019 Asian Entrepreneur of the Year by the Asian American Chamber of Commerce of Central Florida. He and his wife, Jean, have been married 45 years and have two grown children.

“Educational opportunities for underprivileged youth has been a lifelong passion for me. My friend and Valencia College President Sandy Shugart often explains that with a good learning environment, anyone can succeed.”