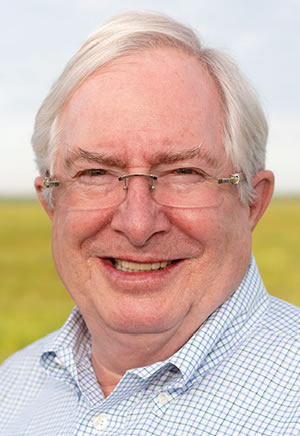 Whyte manages long-range planning for the 295,000-acre Deseret Ranch in Central Florida, which is owned by an entity of the Church of Jesus Christ of Latter-day Saints. He worked on a state-approved plan for future development on 133,000 acres of Deseret’s farm and ranch land in Osceola County. The first project to be developed there, Sunbridge, is being constructed in partnership with Tavistock and will encompass some 24,000 acres and include 30,000 residential units. The long-range plan anticipates as many as 500,000 people living on Deseret’s former ranch lands by 2080.

Whyte joined Deseret Cattle & Citrus in May 2014 after serving as president of Kennecott Land, where he oversaw “envisioning” for Rio Tinto’s extensive land holdings in Utah and directed development of non-mining land, including the Daybreak community in southwest Salt Lake County, which is one of the best-selling master-planned communities in the nation. Before that, as president of the Newland Communities’ Southeast region, he spearheaded a range of housing developments, including Fishhawk Ranch, MiraBay and Pasco County’s Bexley Ranch.