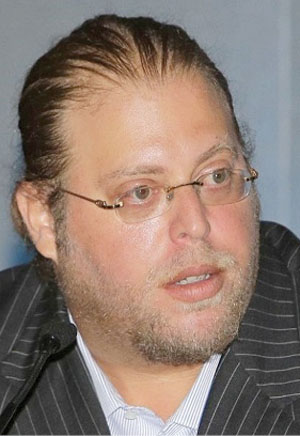 Dezer develops multi-million-dollar high-rise residential and condo-hotel properties. In South Florida, he has been helping to transform the oceanfront in Sunny Isles Beach, a wealthy enclave north of Miami Beach, with a little help from Donald Trump.

Dezer’s real estate portfolio now includes six Trump-branded towers in South Florida. Other recent projects include the 60-story Porsche Design Tower, where elevators take residents to their private apartments while sitting in their cars, and the 56-story Residences by Armani/Casa, both in Sunny Isles Beach. Dezer is also redeveloping the Intracoastal Mall in North Miami Beach and plans to redevelop four other oceanfront sites in Sunny Isles Beach. “We’re probably the only developer in town that can keep going for the next 25 years without buying anything else,” Dezer told the Real Deal.

Dezer’s father, Michael Dezer, founded the company in 1970 and initially specialized in turning factory buildings in New York City into co-ops. The company’s New York portfolio now encompasses more than 1.3 million square feet. In 1985, the Dezers began buying properties in South Florida. Dezer is a past president and chairman emeritus of the Developers & Builders Alliance.

Dezer has 11 new South Florida projects on his schedule. Timelines for some may be pushed back, but Hotel Monaco is moving forward, he told the Miami Herald in May. “Hotels are gold in Miami.”