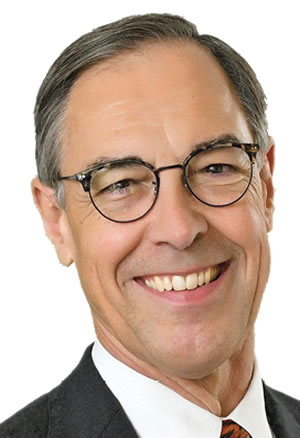 Chandler has spent his entire career at SchenkelShultz, growing the firm into one of the state’s top award-winning architectural design firms. A native of Fort Wayne, Ind., and a graduate of the University of Notre Dame, Chandler joined SchenkelShultz’s Fort Wayne office in 1979 as an intern. He moved to Central Florida in 1983 to open the firm’s Orlando office and was named president and COO in 2003, overseeing operations in Florida, North Carolina and Indiana. SchenkelShultz does an array of design work on everything from airports to offices to fire stations. It is also one of the top educational design firms in the Southeastern U.S., having spearheaded school projects in 30 counties and at 19 colleges and universities across Florida. A notable recent project was the Dr. Phillips Academic Commons, the main building on University of Central Florida and Valencia College’s new joint campus in downtown Orlando. Chandler, now CEO, is active in the Central Florida community. He previously served as president of Ronald McDonald House Charities of Central Florida and worked on Orlando’s three Ronald McDonald houses. He is current chairman of the Catholic Foundation of Central Florida.