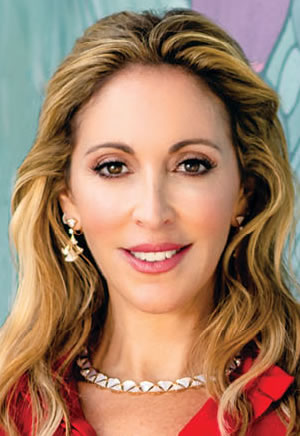 Since Srebnick became CEO in 2012, she has doubled down on bringing out the artistic side of communities, and Goldman Properties has been largely credited with the re-emergence of Miami’s mural-heavy Wynwood District. One of the properties the company owns in the neighborhood is the 80,000-sq.-ft., six-building complex called Wynwood Walls, an outdoor art gallery and the showpiece of the hip, artsy neighborhood.

Goldman Properties was founded by Srebnick’s father, real estate development pioneer Tony Goldman, who died in 2012. The company invests in depressed urban areas — like Wynwood — to bring “historic places back to the present and into the future,” with an emphasis on walkability, vibrant street life and a true sense of place. With a portfolio that includes hotels, restaurants, offices, retail and residential properties, the company has been a force in the transformation of the Upper West Side in New York City, the Wall Street Financial District and Soho, as well as Center City in Philadelphia and South Beach in Miami Beach.