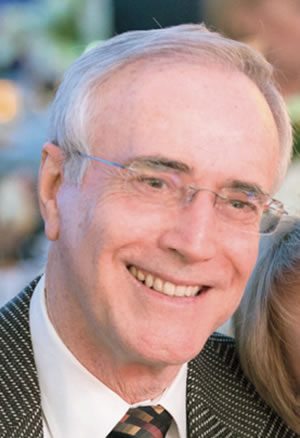 Few among the Florida 500 have had the kind of outsized impact on their community as the McGurns have had on Gainesville. Ken, who grew up in Daytona Beach, became a captain in the U.S. Army at 22 and served in Vietnam. He earned a bachelor’s degree, a master’s and a Ph.D. at UF. He is a registered real estate broker, certified association manager and certified general contractor. He ran unsuccessfully for Congress in 2016.

The couple began buying real estate in Gainesville in the 1970s, and most consider them the key players in the renaissance of downtown that’s taken place since. Their Southeast Quadrant Redevelopment Project in 1986 — including Sun Center, Arlington Square apartments, Star Garage Legal Center, downtown parking garage and 14 blocks of city streetscape — won national awards. Most recently, they completed the 140,000-sq.-ft. mixed-use Union Street Station downtown. Meanwhile, the couple has been involved in virtually every aspect of civic and university life, chairing boards of organizations ranging from the UF Foundation to the Florida Museum of Natural History, County Finance Authority and committees aimed at ending homelessness. They’ve also funded and mentored entrepreneurs emerging from UF’s startup ecosystem.