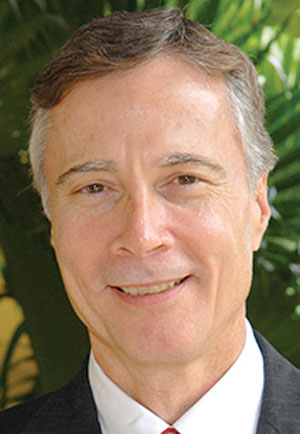 Wyllie, who was born in Sarasota, is a graduate of the University of Florida and has an MBA from Nova Southeastern University. He worked in the land development business for 14 years before joining Graham Cos. in 1990 and now runs the storied fourth-generation family company. Wylie’s father-in-law, Bill Graham, “taught me that it was important to lead by example and that integrity is important,” he says.

The privately held Graham Cos. dates to 1932, when Ernest “Cap” Graham acquired 7,000 acres to start a dairy business called Graham Dairy. Today it is best known for creating and developing the 3,000-acre master-planned community of Miami Lakes in the 1960s. “We build in a way that anticipates we’ll own it forever. We all live in Miami Lakes. We want to make money, but we want to be proud of it, too,” Wylie says.

Graham Cos. owns land next to where Canadian firm Triple Five plans the American Dream Miami mega mall. Triple Five developed the Mall of America in Minnesota. Wyllie’s firm plans on building a mixed-use project on 300 acres south of the mall, including affordable rentals for mall employees and their families.