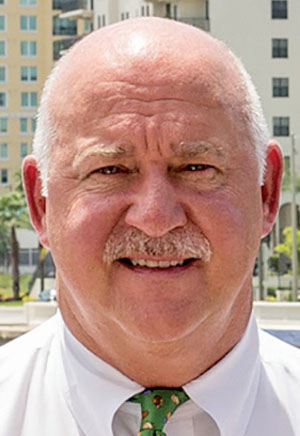 Savage’s primary business is as a ship’s agent, representing ship owners, charterers and managers by handling logistics arrangements required to get ships into port, loaded or discharged and out. It also operates a ship services company that provides line-handling to moor ships, remove waste and deliver parcels. The Savage family has lived in Tampa for five generations and helped establish the port. Savage, president since 1997, also has been consul of Norway for Central Florida since 1998 and consul of Denmark for Central Florida since 1993.