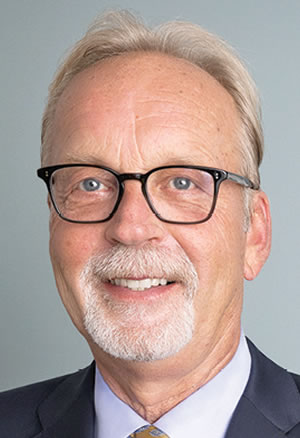 Foote, a native of Superior, Wisc., comes from a railroading family. Over the course of nearly a half-century in the business, Foote, who has a law degree from John Marshall Law School, has run finance, law, labor relations, regulatory affairs, corporate communications, operations, sales and marketing departments. In 1995, he joined Canadian National, where he became part of an executive team assembled by Hunter Harrison, a maverick and abrasive CEO who embraced a management approach called “precision railroading” that upends many traditional industry precepts. Harrison later recruited Foote to CSX, the state’s only class I carrier. Foote had been on the job for only a few weeks in 2017 when Harrison died. He continued implementing Harrison’s precision-railroading strategy, albeit in a more diplomatic fashion. Since taking over, Foote has improved CSX’s safety record and efficiency as other railroads have followed its model. CSX now moves $800 million more in goods a year with 1,200 fewer locomotives, 31,000 fewer railcars and 4,700 fewer workers. In 2020, it set an industry quarterly record for efficiency.