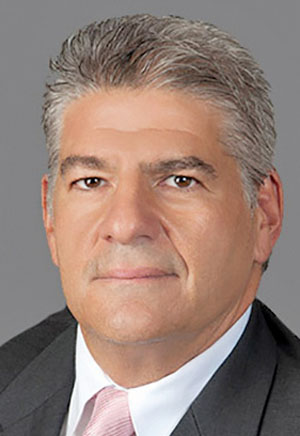 Silver, which serves more intra-state destinations than any other air carrier, was born out of the 2010 bankruptcy of Gulfstream International Airlines. Overall, the airline operates about 100 daily scheduled flights between gateways in Florida and the Bahamas. The carrier recently returned to Jacksonville International Airport with non-stop, twice-weekly flights to New Orleans. Silver is owned by Versa Capital Management, a Philadelphia-based private equity investment firm. In addition to its headquarters in Fort Lauderdale, Silver has a maintenance facility at Orlando International Airport.

Rossum, who took over as CEO in 2017, came to Silver from an Atlanta law firm, Smith, Gambrell & Russell, where he had been CEO of SGR Aviation Consulting, the firm’s aviation consulting group, and a partner in the firm’s aviation-related practices. While at the firm, he had worked as Silver’s external general counsel, helping the firm purchase 50 new turbo-prop airplanes. Rossum, who began his legal career with SGR, also had been counsel or in senior executive roles with other airlines, including Pinnacle, National Air Cargo and ASTAR Air Cargo.