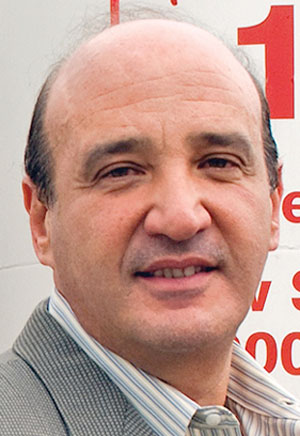 After starting in the early 1970s with a lone Amoco gas station, Urbieta Oil is now a wholesale and retail distributor of petroleum and alternative fuel products in South Florida. Urbieta runs the family-owned company that serves retail and wholesale customers in Miami-Dade, Broward, Palm Beach and Monroe counties.

A noted philanthropist and community leader in the Miami-Dade County area, Urbieta is a major donor and past board member of the University of Miami Sylvester Comprehensive Cancer Center and has served on the dean’s advisory board of FIU’s College of Business. He also is president of the Urbieta Family Fund for Colon Cancer. He holds bachelor’s and master’s degrees in electrical engineering from the University of Miami and an MBA from Florida International University.