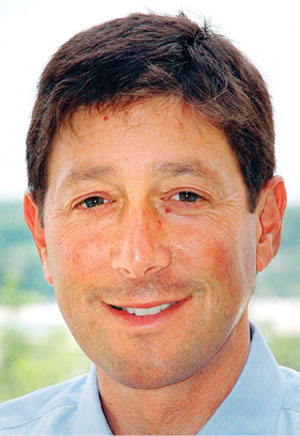 Seaman founded Rooms to Go in 1991 with his father, Morty Seaman, creating the sales concept of buying entire room packages rather than individual pieces of furniture. His early business career included working for his grandfather’s Long Island-based furniture company.

Rooms to Go has grown to become the third-largest furniture retailer in the U.S. The company has more than 225 stores in 10 states and Puerto Rico with some 7,000 employees and $2.5 billion in annual revenue.

The company is currently building out its largest new concept store in a former Toys R Us in The Markets at Town Center in Jacksonville, a project reported to cost almost $3.5 million. In 2020, it opened its first Rooms To Go superstore in Tampa housing its Rooms To Go, Rooms To Go Kids and Rooms To Go Patio lines. It also debuted what Seaman called the company’s “first store of the future” in Orlando near the Mall at Millenia.

Through a recycling program initiated in 1992, Rooms to Go has prevented more than 600 million pounds of solid waste from entering landfills. The company has been recognized by the Florida Department of Environmental Protection for its recycling efforts and was ranked No. 1 in customer service among furniture retailers by Newsweek in 2020.