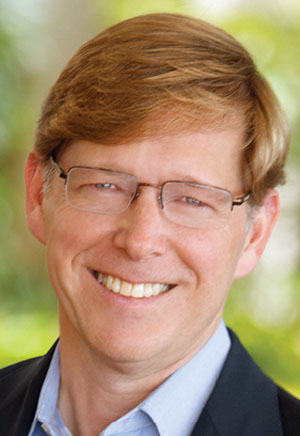 Peyton says he learned from his father, Herb Peyton — the company’s founder — that the most important person in business is the person who interacts with the customer. “It was critical for me to learn the company from the ground up and work a wide variety of positions so that I could appreciate all that employees face every day,” he says. “This experience was more valuable than anything I learned in a classroom.”

Peyton was mayor of Jacksonville from 2003 to 2011 before returning to his family’s company and taking on the role of president in 2012. Gate Petroleum celebrated its 60th anniversary in 2020 and honored the occasion with a $60,000 donation to the Boys & Girls Club of Northeast Florida from the GATE Foundation.

Peyton earned his bachelor’s degree from Mercer University and is a graduate of the Harvard Business School Executive Education program. He has served on the boards of the JAX Chamber, Jacksonville Transportation Authority and the Jacksonville Symphony. He is also a supporter of early literacy.