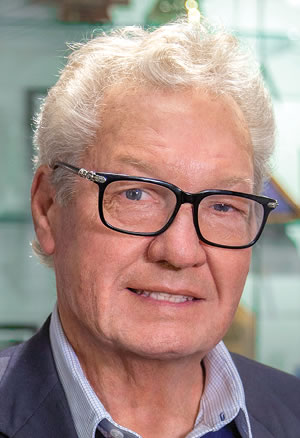 Founder of the world’s largest home furniture maker and America’s largest furniture retailer store brand with 1,000 locations in 56 countries, Wanek grew up on a Minnesota farm, where his family were sharecroppers. The family dwelling lacked electricity and running water. Factory managers where he worked as a laborer noticed his drive and taught him manufacturing. His father loaned him the money to start his first furniture maker. He later brought Ashley and built it and a fortune estimated at $6 billion.

Wanek, 79, in 2020 received the Horatio Alger Award. He’s in the American Home Furnishings Hall of Fame. Son Todd has been CEO since 2002. Family philanthropy includes education, the arts and medicine, including a $50-million grant to The City of Hope to find a cure for Type 1 diabetes by 2023. In Arcadia, Wisc., Wanek has been the lead benefactor of the Soldier’s Walk at Memorial Park, the largest memorial park outside Washington, D.C. Wanek himself designed 25 monuments on its Avenue of Heroes.