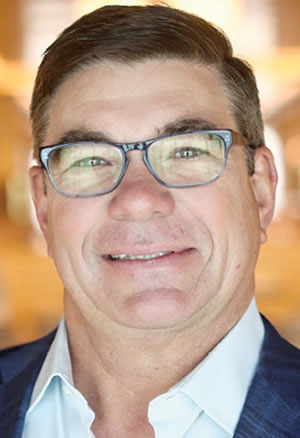 Virgin Voyages is a startup boutique cruise line that has four ships on order with master shipbuilder Fincantieri and has operations in the U.S., U.K. and across Europe. It employs 225 at its Plantation headquarters. McAlpin, a fifth-generation Floridian, was born and raised in Miami. He started his career as an auditor for KPMG and first worked in the cruise industry for Royal Caribbean in 1986. He later became CEO of Disney Cruise Line. McAlpin, Virgin Voyages’ founding president and CEO, has been with Virgin Voyages for seven years — he’s worked on every aspect of the company, from its business plan to raising $725 million to the design and configuration of the ships. The company expects its first sailing this year.