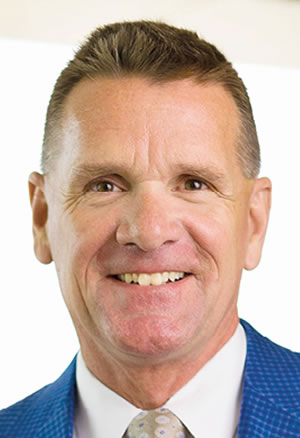 Gunster, one of the state’s premier business law firms, has 11 offices across the state with 200-plus attorneys and more than 430 employees. Gunster is one of the oldest law firms in Florida and will celebrate its 100th anniversary in a few years. Perry, who was an English major and studied literature at both Penn and King’s College in London, began his career at Gunster and became managing shareholder in 2008. He is a private pilot and marathon runner who’s completed the New York and Boston marathons in under three hours.