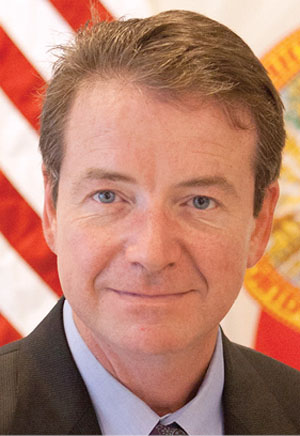 Herrle, who has a bachelor’s degree from Penn State University, says his first job in Tallahassee “wasn’t lobbying; it was waiting tables at the Governor’s Club.” He says he’s proud to have become an advocate for small businesses in the state. “I saw the steel recession in Pittsburgh as a child and saw what happens to a community when the economy and business fails and never wanted to take the business community and jobs for granted after that.”

The NFIB has been instrumental in passing pro-business legislation, including the repeal of “joint and several” liability. Long term, Herrle says, one of the biggest issues for small businesses is finding qualified workers.

Herrle is involved on the boards of the Museum of Florida History and Mission San Luis. “I’m dedicated to the historic resources in Tallahassee and take every opportunity to showcase them to the small-business community.”