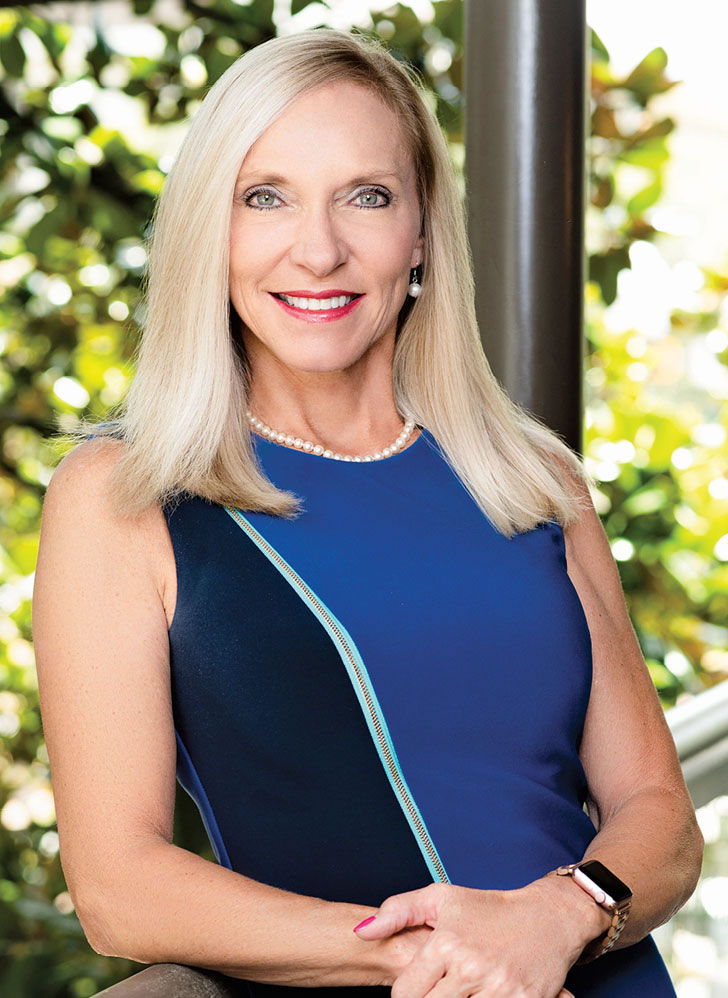 Dover leads a trade group that represents the state’s $111-billion hospitality industry, including more than 10,000 businesses and 1.5 million workers. Founded in 1946 as the Florida Restaurant Association, FRLA merged with the Florida Hotel and Motel Association in 2006. A graduate of Winter Park High School, Dover got her start as a hotel desk clerk and worked her way through college by waiting tables. In 1978, she graduated from Florida State University with a degree in hotel and restaurant management and joined the staff of the Beer Industry of Florida, working there for a decade before leaving to oversee the state’s hotels and restaurants at the Department of Business and Professional Regulations. She later became deputy chief of staff for then-Gov. Bob Martinez, headed the state Bureau of Fire Prevention and lobbied for the Florida Outdoor Advertising Association. She’s been in her current job since 1995.

Dover, an accomplished dressage rider in Tallahassee, describes herself as “a farm girl through and through. I live on a beautiful farm and love everything about farm life — the animals, especially horses, the hard work required to be successful and the peace it brings.” She says her best advice is never burn a bridge, and she has had to learn over time “to let go of the desire to be all things to all people.” She says she’s particularly proud of the work the FRLA did to help North Florida recover from Hurricane Michael in 2018. “Our crew activated before the storm, sending representatives to the state Emergency Operations Center and lining up meals and lodging for first responders,” she says. “Members donated clean linens when emergency shelters needed them and gave away hotel rooms to evacuees. We worked for weeks post-storm to deliver hot meals to residents across the impacted area, paying particular attention to rural counties.”