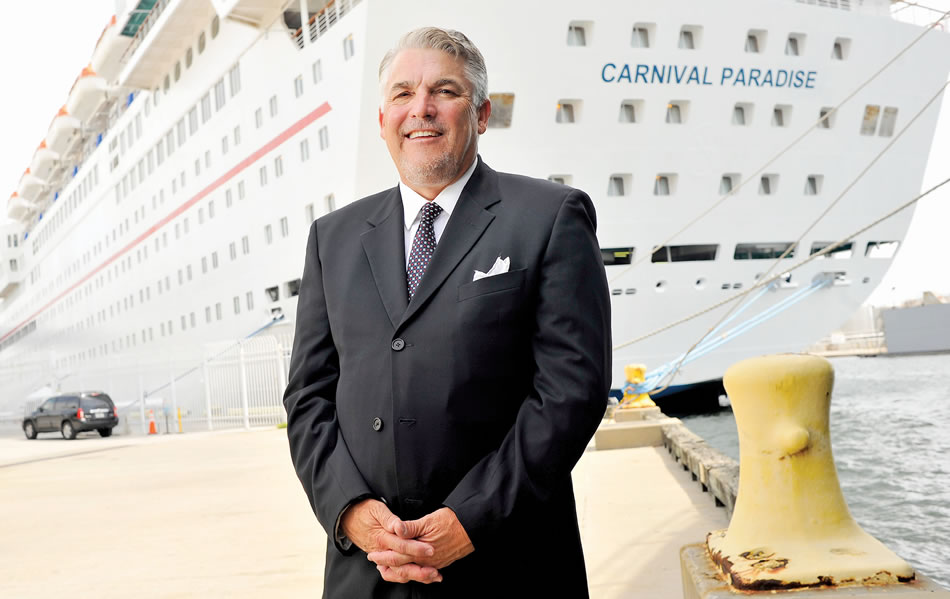 CEO of Port Tampa Bay since 2011, Anderson runs what he calls “the largest economic engine in West-Central Florida.”

Port Tampa Bay is the most diversified port in Florida, ranks among the top 20 ports in the U.S. in annual tonnage and supports some 80,000 jobs, according to recent data compiled by the American Association of Port Authorities.

Anderson graduated from college with a journalism degree and worked for Florida automotive giant JM Family Enterprises for a decade earlier in his career.

The past chairman of the Florida Ports Council, Anderson also has served on the Federal Maritime Commission and on the U.S. Secretary of Transportation’s Human Trafficking Advisory Committee.

“My favorite part of my current job is envisioning and executing generational infrastructure projects that create long-term economic opportunity and jobs,” says Anderson.

An avid surfer since childhood, Anderson also is an advocate for Florida’s environment and management of its water resources.