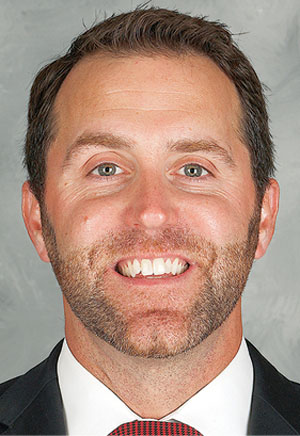 Caldwell is a West Point graduate who studied European and military history and went on to earn a law degree and MBA from Northwestern University in Illinois. He served five years as a U.S. Army officer in Iraq, Kosovo and Germany and was awarded a Bronze Star, an Iraq Campaign Medal and a NATO Kosovo Military Medal.

He worked in finance as a vice president at Goldman Sachs before getting into sports management. Caldwell joined the Panthers as COO in 2014 and became team president and CEO, describing his mission as a turnaround challenge.