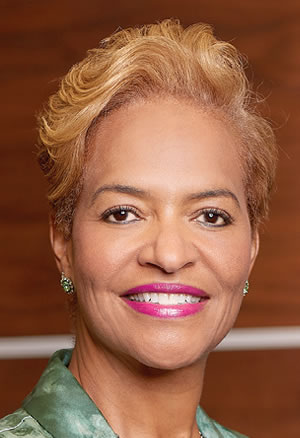 After law school, Parker started her career as an assistant public defender in Miami-Dade. She later worked as assistant general counsel for the state transportation department. She has extensive experience throughout the state’s higher-ed system, serving on UCF’s board, on the state’s Board of Governors for 10 years, and then overseeing the launch of Florida Polytechnic University as executive vice president and COO. She became Palm Beach State’s president in 2015 and oversaw the completion of the college’s fifth campus in Loxahatchee Groves. The fourth-largest institution in the state college system, Palm Beach is majority minority, has nearly 49,000 students and offers more than 130 programs. “It’s our job to show students their path to ‘you can’ when they’re perhaps not sure they can,” she says.