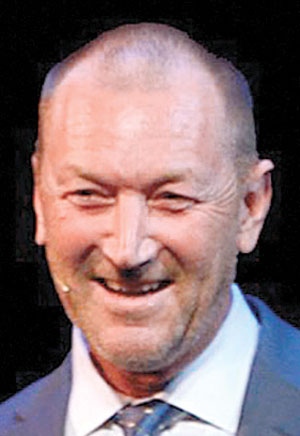 More than 60,000 homes, three town centers, 100 pickleball courts, 54 golf courses and 126,000 residents — this is the town that Morse’s family built. It is one of the largest retirement communities in the country. The Villages was started by his father, Gary Morse, on land that formerly housed a Sumter County trailer park and grew rapidly from there. Mark Morse and his sisters, Jennifer Parr and Tracy Mathews, received ownership of The Villages after their father’s death in 2014. Morse leads the company; his sisters are senior executives.

The Villages, a Republican bastion where the median age is 70, spans parts of Lake, Marion and Sumter counties and is expected to nearly double in size by 2040. It’s already been expanding in the Wildwood area, and there are plans for a 400-acre health care hub and wellness center anchored by a new University of Florida hospital and a charter school for children of workers. Villagers are known to enjoy their cocktail parties, and drinking and driving is not an issue: The Villages is one of the first communities in the United States to offer taxi service using autonomous vehicles throughout the community.