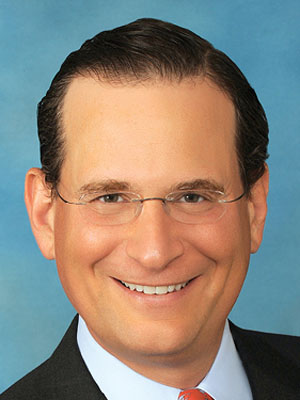 Since 1995, Leder and Krouse have built a global equity firm that has invested in more than 375 companies worldwide with revenue in excess of $50 billion. Earlier this year, it acquired Exadel, a founder-owned, global provider of digital software engineering services for clients such as Deloitte, Google, HP, McKesson and Mercer.

The two met while students at the Wharton School at the University of Pennsylvania. “We coincidentally began working together and climbed up the ladder professionally at Lehman Bros.,” says Krouse. They decided to start their own firm and in a “complete leap of faith” moved their families away from New York City with the idea of investing in companies in the Southeast.

They opened Sun Capital, operating at first from home offices. Today, the firm has offices in Boca Raton, Los Angeles and New York, and an affiliate with offices in London. The partners have particular expertise in business and consumer services, health care, industrial and consumer sectors.

Krouse, who speaks Mandarin, is a jazz fan and keeps “a bookcase in my office from which people can help themselves to new reads.”