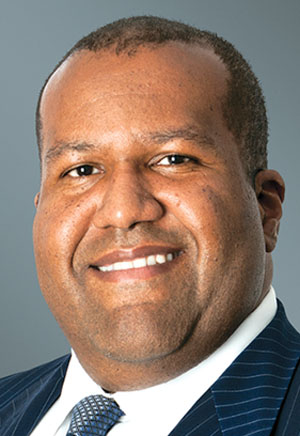 As a member of Greenberg Traurig’s global executive committee, Davis manages about 170 attorneys and 200 other employees in the firm’s Miami office. His practice focuses on domestic and cross-border mergers and acquisitions, capital markets transactions and large financings. He was lead shareholder of a group of more than 40 attorneys who represented Terremark in its $1.4-billion sale to Verizon, and he provided counsel to health care provider Metropolitan Health Networks in its $850-million sale to Humana.

Davis, who has bachelor’s and law degrees from the University of Miami, also is a leader in Greenberg Traurig’s efforts to be a major player in the technology industry. Most of his clients are technology companies, including biotech, life sciences and renewable energy firms. He is a co-founder and general counsel of eMerge Americas, an annual global technology conference in Miami. He recently chaired the Miami-Dade Beacon Council, the county’s public-private economic development partnership, and he’s board chair at Nicklaus Children’s Hospital in Miami. He remains involved at his alma mater, where he’s a member of the UM law school dean’s advisory committee and a former president of its alumni association.

He says he wishes he could “remove the invisible walls we erect between cities and counties,” adding that it’s “often easier to get someone to go from Miami to New York than it is to go to Palm Beach County.” And if he could take a sabbatical from work, he says, he would “join a startup as a temporary executive to experience first-hand the excitement and challenges that my clients face on a daily basis.”