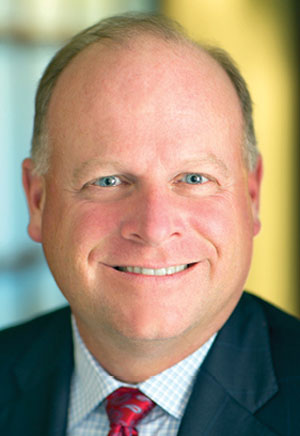 Fagan runs PSCU, a financial services firm that serves more than 1,500 credit unions across the country. PSCU, which has 2,100 employees, manages the digital technology that helps credit unions conduct more than 2 billion transactions each year for an estimated 59 million credit union members. PSCU was founded in 1977 and was the first organization to issue Visa pre-paid smart cards in August 2012. Today, PSCU is Florida’s 124th-biggest private company, with revenue of $481.7 million, according to Florida Trend’s 2019 rankings.

Fagan earned a bachelor’s degree from Longwood University in Farmville, Va. His influence in the credit union industry extends beyond Florida. A one-time president and CEO of the Credit Union Executives Society, Fagan currently serves on CULedger’s board of directors and is also on the board of America’s Credit Union Museum. In addition, he is a member of both Visa’s Credit Union Roundtable and the Community Financial Institution Advisory Group.