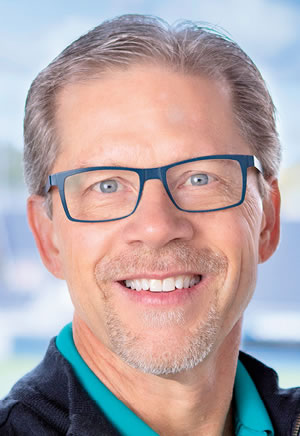 Sittema came to Orlando in 2009 to take the helm of CNL Financial Group, a nearly $10-billion investment management firm. He stayed on for eight years, before leaving to focus on civic and entrepreneurial activities, including the 2020 launch of Conversus, an investment management organization he co-founded with three partners.

“We aspire to improve the financial well-being of individual and smaller institutional investors by converting private market advantages enjoyed previously only by larger institutions,” he says. “We do this by expanding access to the private markets, such as private equity, private credit and real assets.”

Sittema started his career in Dallas in the real estate banking department of a firm that became Bank of America and spent 27 years at Bank of America Merrill Lynch/Bank of America in a variety of leadership roles, including U.S. head of REITs and lodging investment banking. After leaving there, he founded RiverBridge Capital, a real estate and health care principal investing and advisory firm.

He is a director on the Florida Council of 100, a board member on the Truist Financial Central Florida Advisory Board and board chair of AdventHealth’s Consumer Innovation Advisory Board/ Project Fulcrum. He also serves as board chair for Florida Citrus Sports and is a co-founder of LIFT Orlando, an inner-city revitalization effort in an area surrounding Camping World Stadium. Sittema has a bachelor’s from Dordt University in Sioux City, Iowa, and an MBA in finance from Indiana University. He resides in Winter Park with his wife of 40 years, Jayne. They have three grown children and 10 grandchildren.