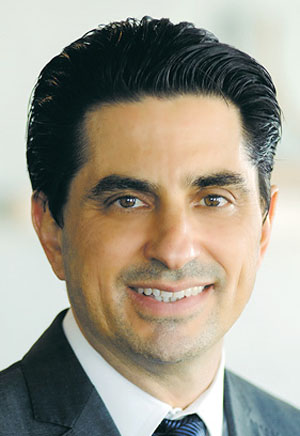 The Lowenstein family business legacy goes back three generations. His grandfather started a beef business after fleeing Nazi Germany. Born in Argentina, Lowenstein held executive positions in family real estate ventures there before moving with his family to Miami in 1999, becoming COO of his family’s Lionstone Development, which owns, develops, leases and manages properties in South Florida and the Caribbean. He became CEO in 2003.

In 2016, Lionstone celebrated its 50th anniversary. “Not a lot of families can say they’ve been in Miami for 50 years,” he said in Indulge magazine. “It’s a testament to our values and our commitment to the market through good times and bad.” The company’s projects include the recently reopened Ritz-Carlton, South Beach; Ritz-Carlton, Bal Harbour; EPIC Residences & Hotel; and the first Virgin Hotel in Chicago.

Lowenstein’s philanthropic endeavors include supporting Big Brothers Big Sisters and the Greater Miami Jewish Federation. In his spare time, “Dividalo” (Lowenstein’s stage name) reportedly composes music and enjoys rocking out on guitar with a Latin band that produces albums. He tells Indulge: “It’s not all about work. Music is an important part of my life. It fulfills me, and it’s a great way to de-stress.”