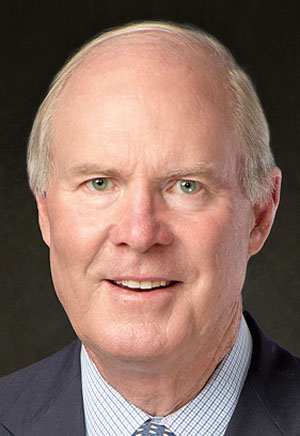 FRP Holdings was formed as a spinoff of the transportation and real estate segments of the Baker family-owned Florida Rock Industries, which sold to Vulcan Materials for $4.5 billion in 2007. Today, FRP Holdings develops apartments and warehouses primarily in the Washington, D.C., market and collects royalties from aggregate quarries. FRP owns properties comprising more than 15,000 acres, its website says.

Baker, who is a lawyer turned business leader, took the helm of FRP in 2017, after leading Patriot Transportation Holding and before that Florida Rock for a number of years.

Among community endeavors, Baker is chairman of Jacksonville Electric Authority’s board. He founded Tiger Academy and Kipp Jacksonville, charter schools for minority children in northwest Jacksonville, and has held leadership roles at Edward Waters College and the YMCA of Florida’s First Coast. He graduated from Princeton University and the University of Florida’s law school.